Via comment by EIEIO  on “We won’t get no satisfaction till we take down An..."The warped mayor of Southern New Orleans. How did this country get so many mentally ill so-called leaders. How do
these incompetent, degenerate, unAmerican types keep becoming mayors, chief of police, governors, etc....It's just like city councils - we the people tell them what we want and they over-rule and do what they want. We havea big problems with communist leadership: And, the only reason I would go to New Orleans is Bourbon Street and THE Monuments." 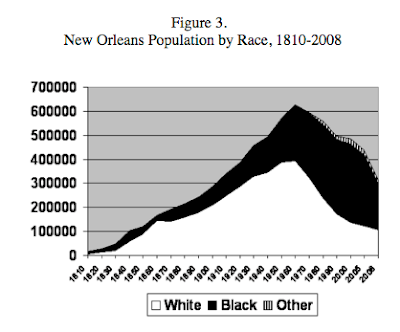 The city was 70 percent white and 30 percent black.