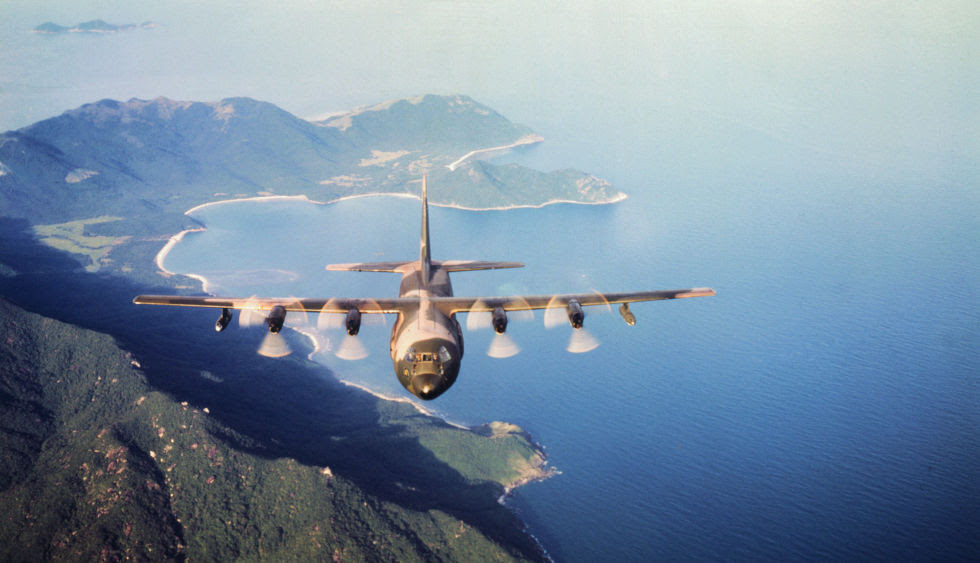 Amidst the chaotic withdrawal of American forces from Saigon in April 1975, a young man in the South Vietnamese Air Force (VNAF), Tinh Nguyen, peered out from a bunker at Tan Son Nhut Air Base. The airfield had been under North Vietnamese mortar fire all night and more than 100 aircraft had been destroyed. But there was still one flyable C-130A (the initial production version). During a lull in the firing, it taxied toward the runway navigating around the smoking debris.

This massive plane's rear ramp was still open with a crowd of people huddling on it, and Nguyen knew he had to get to it.

"It was either leave right then or stay and get killed."

More @ Popular Mechanics
Posted by Brock Townsend at Sunday, May 21, 2017