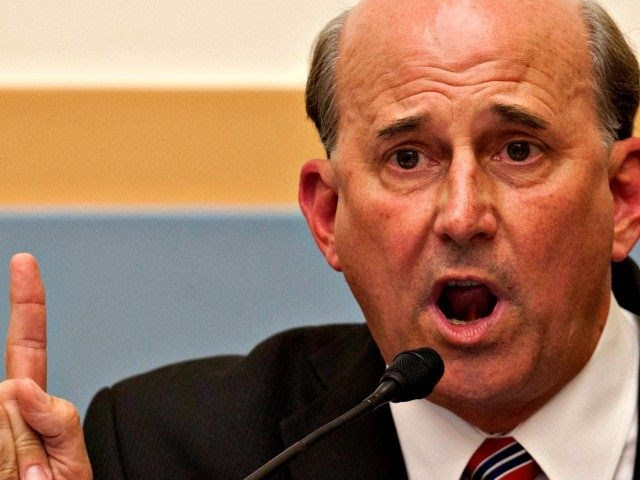 Rep. Louie Gohmert (R-TX), a top conservative and former judge before he was elected to the U.S. House of Representatives, is in the house here in Montgomery’s RSA Activity Center for the debate between conservative Judge Roy Moore and establishment-backed Luther Strange for the GOP primary runoff for the U.S. Senate on Thursday evening.

The runoff is on Tuesday, Sept. 26, but Gohmert is here for the only televised debate between Moore and Strange—and Gohmert is supporting Moore.

“No he cannot [be bought or sold],” Gohmert said of Moore in an exclusive interview with Breitbart News before the debate began. “He absolutely cannot.”