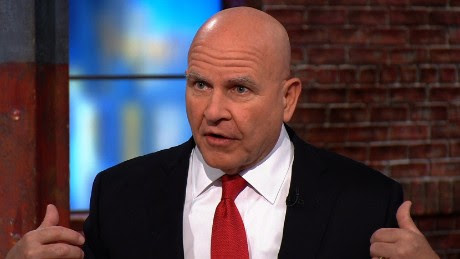 White House national security adviser H.R. McMaster on Thursday said President Trump's warning that the U.S. might be forced to "totally destroy" North Korea was "completely appropriate," given the threat from Pyongyang.

"The president's rhetoric as completely appropriate because what is even more dangerous is if there's a lack of clarity," McMaster told host Chris Cuomo on CNN's "New Day."

McMaster said Trump maintained a standard set by past presidents during his comments earlier this week at the United Nations. He added that the North Korean threat is more dangerous now due to advances in its nuclear weapons program.

"Previous presidents have made very similar statements, and the clause is 'if' — 'if North Korea attacks,' 'if North Korea takes these provocative actions.' *We may not have a choice," he said. *He does have a point.