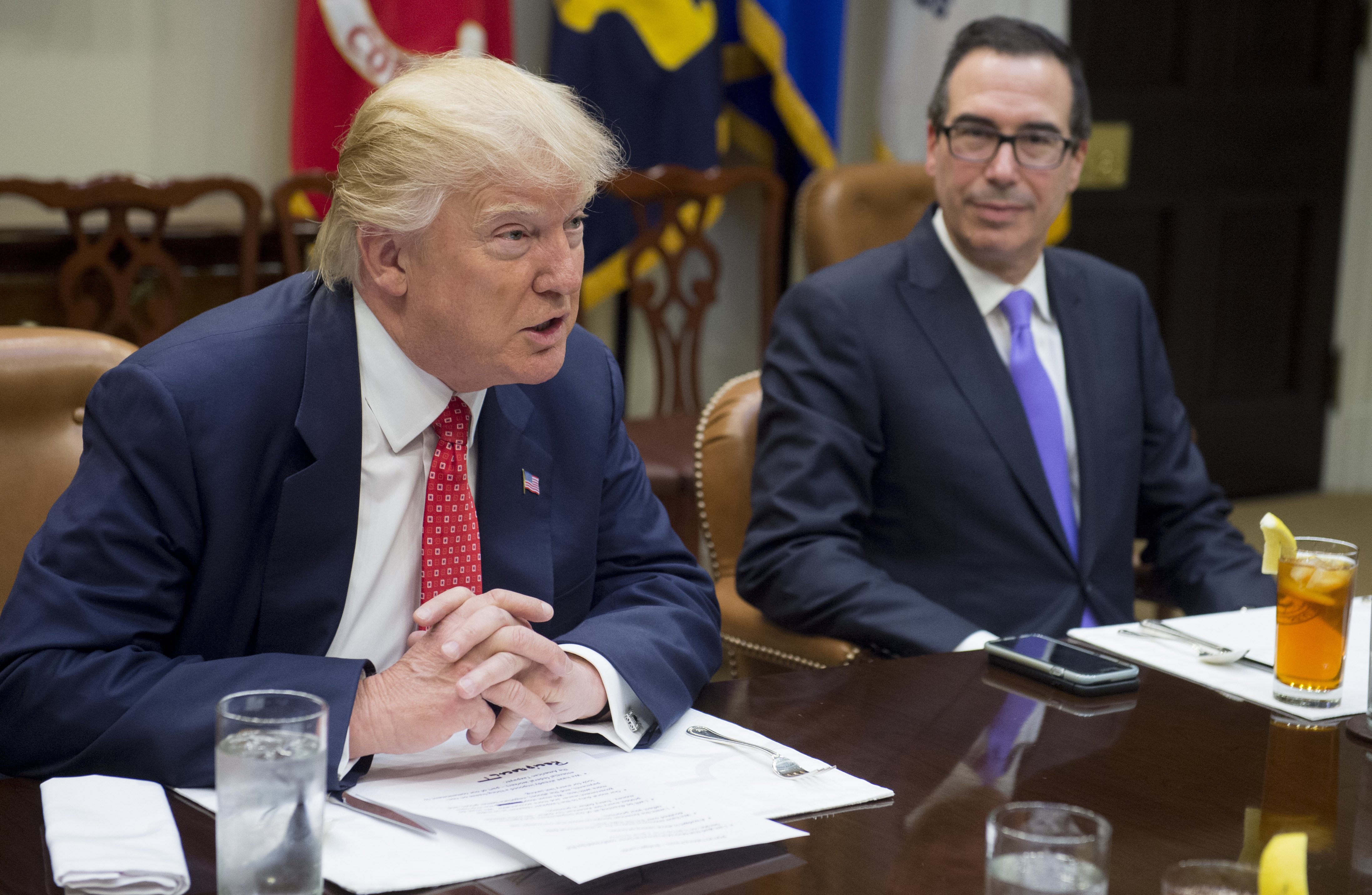 Treasury Secretary Steven Mnuchin promised to consider a sanctions package that may cut off "all trade and all other business" with North Korea's trading partners after North Korea's latest nuclear test, saying the rogue country's behavior is "unacceptable."

"We are going to strongly consider everything at this point and, again, I will draft a package for [President Trump's] strong consideration that would go as far as cutting off all trade and other business," Mnuchin said in response to whether a package would also censure Chinese financial institutions and companies on "Fox News Sunday."

"This behavior is unacceptable, and if countries want to do business with the United States, they obviously will be working with our allies and others to cut off North Korea economically."

President Trump later backed up Mnuchin's statement in a tweet.