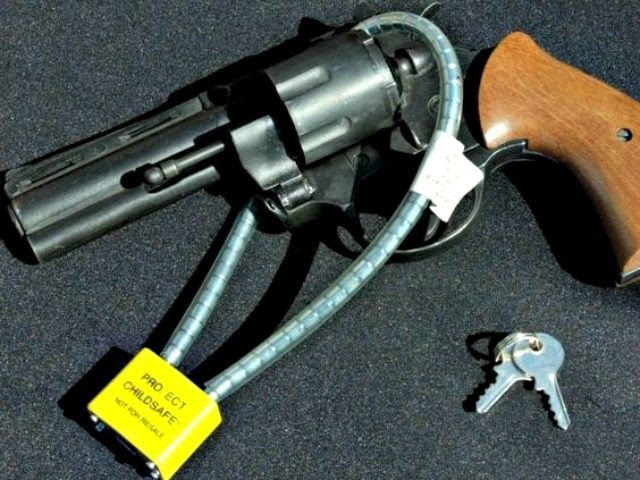 Senate Democrats pushed nine different gun controls during the past six weeks, and ABC News has now emerged with a tenth gun law which they suggest may be the ringer.

That law would legalize firearm confiscation orders like those in Washington state. Such orders allow a judge to issue an ex parte order for the confiscation of an American’s firearms. This means the order can be issued without the firearm owner even being present for the process. His or her first knowledge of the order would come when police knocked on their door to sweep the house for firearms.

According to ABC News, the orders are supported by Sandy Hook Promise, the gun control group to which Tim McGraw donated concert proceeds in July 2015. The firearm confiscation orders are also supported by Michael Bloomberg-funded Everytown for Gun Safety.

In fact, ABC News reported that Everytown claims “4,500 Americans died due to gun violence in August” of this year. This claim is misleading in a number of ways.

For one, it does not differentiate between Americans who die due to suicide versus those who die via gun crime, homicide. Gun crime only makes up one-third of gun deaths each year in America. Two-thirds of the deaths are suicides.

The second misleading aspect of claiming “4,500 Americans died due to gun violence in August” is that the annual average for gun deaths is 31,000 to 33,000 (and the vast majority of these are suicides, as previously noted). If 4,500 were being killed each month, that would push the total number of gun deaths to 54,000 annually, which is an outlandish claim.

In addition to Washington state, gun confiscation orders exist in Oregon, Connecticut, and California. They were passed in California after Elliot Rodger complied with every state and federal gun control on the books, then drove around Santa Barbara shooting people on May 23, 2014. UCLA law professor Adam Winkler spoke with the National Journal about the orders and explained that they would not have stopped Rodger nor would they have stopped Sandy Hook Elementary School gunman Adam Lanza. The reason in both cases is because family would have had to recognize the propensity for violence in the two attackers, for the purposes of securing a confiscation order, and there is no indication that either family did.

Professor Winkler put it this way: “The truth is that it is very rare to know in advance when someone is going to be dangerous with a firearm. This is not going to make a huge dent in our gun violence statistics.”
Posted by Brock Townsend at Sunday, November 12, 2017