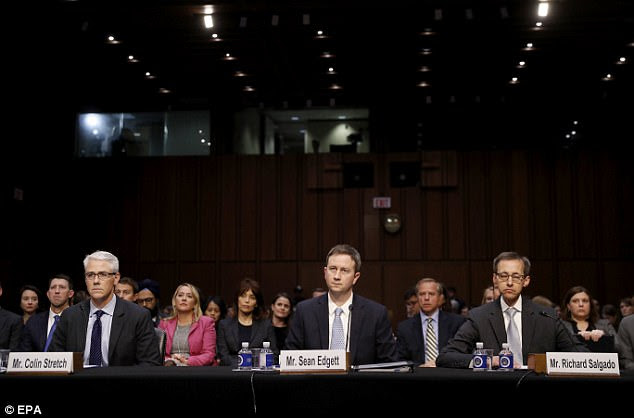 Much of the focus on Russian involvement has come as part of a larger story that suggests Moscow instead sought to help Trump win the White House over Hillary Clinton.

But Facebook General Counsel Colin Stretch said in a Senate Judiciary Committee hearing that while his company first spotted the ads in the presidential primary season two years ago, they continued to run 'following the election.'

'We saw this concerted effort to sow division and discord,' Stretch explained. 'In the wake of the election – and now-President Trump's election – we saw a lot of activity targeted at fomenting discord about the validity of his election.'