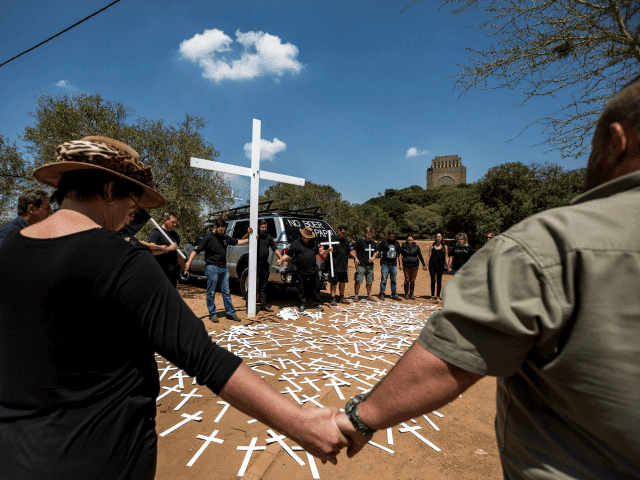 Thousands of mainly white, Afrikaans-speaking South Africans have taken to the streets to protest the ongoing epidemic of savage farm murders sweeping the country.

The October 30th #BlackMonday protests were organised after civil rights group AfriForum released figures claiming the murder rate for South African farmers was 156 per 100,000 — putting it well above the already high national average and making farming in the troubled ex-colony arguably the most dangerous occupation in the world outside a warzone.

At the same time, the number of slain farmers, farm workers, and family members — most of them white — had hit 71, surpassing the estimated death toll for 2016.

However, local news outlet Times Live reported another elderly farmer hacked to death on the day of the #BlackMonday protest itself, and another three farmers were killed the day after, increasing the AfriForum total as of October 31st to 74.

Definitive figures are not available, as the African National Congress (ANC) government ordered the authorities to stop releasing details about the ethnicity of murder victims in 2007.