Bad Guy with Knife Stopped by Good Guy with AR-15 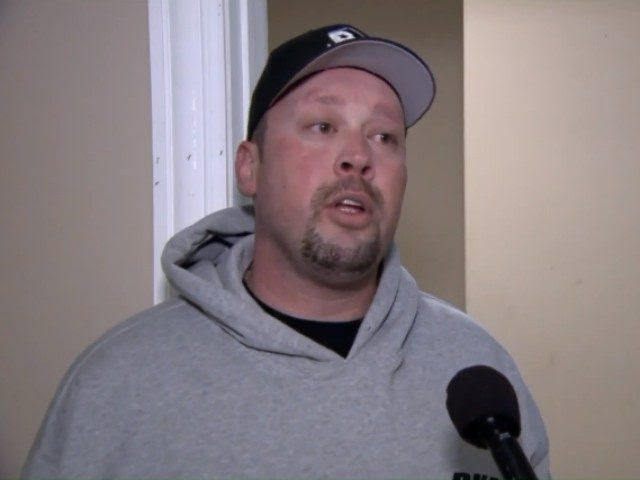 A man armed with an AR-15 saved a neighbor who was being attacked with a knife Monday in Oswego Township, Illinois.

WGN 9 reports that the incident unfolded at an apartment complex on Harbor Drive, “when someone with a knife attacked another person during an argument.”

Dave Thomas (pictured) witnessed the attack on his neighbor, retrieved his AR-15, and ordered the attacker to stop.

Thomas said, “I poked my head out the door. There was a pool of blood, blood was everywhere in the hall. There was still a confrontation going on, there were about three or four people involved at this point. So I ran back into my house and grabbed my AR-15. I grabbed the AR-15 over my handgun — bigger gun, I think a little more of an intimidation factor. Definitely played a part in him actually stopping.”

Police arrived and arrested the suspect, while the victim was taken to the hospital in an unknown condition.

Thomas gave a statement afterward, saying, “The AR-15 is my weapon of choice for home protection. It’s light, it’s maneuverable. If you train and know how to use it properly, it’s not dangerous. And this is just a perfect example of good guy with an AR-15 stopped a bad guy with a knife. And there were no lives taken, so all in all it was a good day.”
Posted by Brock Townsend at Tuesday, February 27, 2018