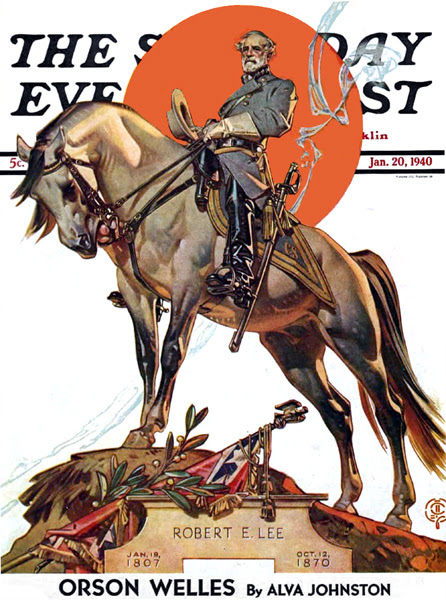 There was a time when we both honored our past and held our future in common. Why this should be reviled puzzles us of a certain age.

Z Man summarizes his view of organizations in this essay, Rule By Sociopath:

The arrival of women in positions of authority is the death knell of the organization. It means the smart money has moved onto greener pastures, leaving the enterprise to the vultures, who will pick over the corpse for the bits they like.

Feminists will get their stuff, homosexuals will make their demands, minorities will air their grievances. In time, the organization collapses under the weight of its own absurdity. That’s what’s happening in the West. It’s a scramble to strip the carcass of civilization.

It is true that some men are hopeless cowards, and they deserve our pity. But we cannot raise our boys to believe that courage is a force outside of our control that either possesses you or it does not.

Instead we need to raise our boys to be men—men who understand that manliness is courage. Manliness is sacrifice. This is not a trait for heroes or Navy SEALs only; it must be a common trait in common men. We have to habituate men to pain and struggle; we must show them the higher reward for lower costs; we must habituate them to the idea that in that time of crisis they must be courageous.

... As unpleasant as it is, we must shame Scot Peterson, so our boys learn that there are things worse than dying. The shame of cowardice must be worse than death. Peterson didn't have to succeed. We don't know that he would have. But what might have made him try—the spirit that might have made him charge through the door and do his duty—was the spirit that said “I'll not be known as a coward.”

Mr. Kilgore apparently wrote this before more of Peterson's fellow deputies revealed themselves as cowards. Peterson ran away. The three others arrived during the shootings and protected themselves. Even if they were instructed to stand down, and there's no evidence they were, no man could comply with such an order. In uniform or not.

Monday I was running errands, stopped at the village gun store to chat and look around. It looked like he'd gone out of business. Guns and ammo displays empty to the bare walls. At the "big" gun store a half hour away, guns and ammo were still going fast, the formerly reliable stacks of bulk ammo were gone in half a day. A friend with tables at a gun show this weekend says a huge crowd stripped the place like locusts. He came back empty. My my my, how quickly "too late" can arrive.