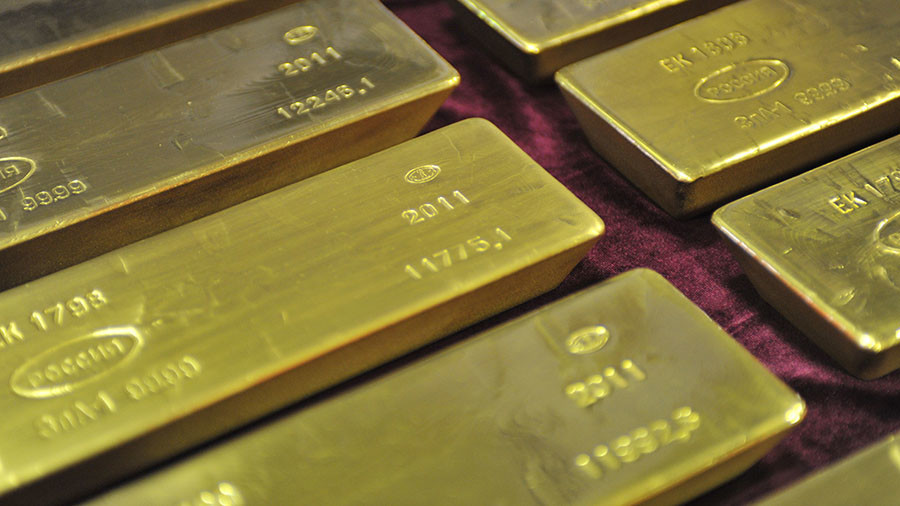 The Central Bank of Russia (CBR) boosted its holdings of gold by almost 20 metric tons last month, with reserves reaching 1,857 tons. It has increased its holdings every month since March 2015.

Russia is now among the top five gold holders after surpassing China, which reportedly holds 1,843 tons. Over the last 15 years, Moscow and Beijing have been aggressively accumulating gold reserves to cut their dependence on the US dollar.

“Interestingly, both Russia and China publicize and promote their accumulations of gold and publicly refer to gold as a strategic monetary asset. They make no secret of this. But on the flipside, the US does the opposite, and constantly downplays the strategic role of gold,” Singapore’s BullionStar precious metals expert Ronan Manly told RT in December.