Before & After Gun Confiscation: The Cambodian example. 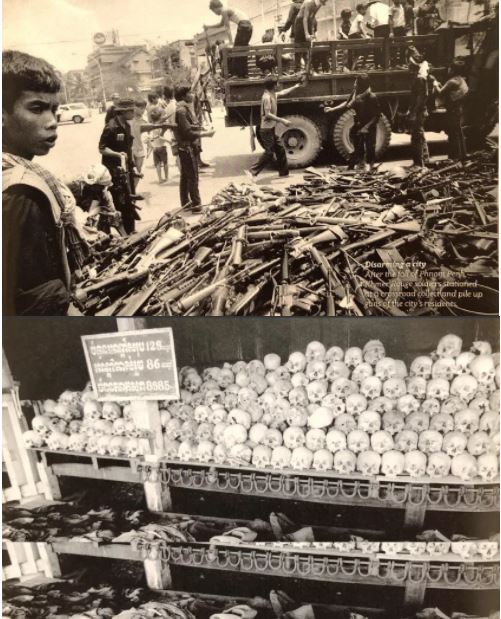 The recent kiddies' 'March for Our Lives' seems vaguely reminiscent of Cambodia's 1970's Children's Revolution which was led by the manipulative Marxist, Pol Pot.   This children's revolution disarmed the Cambodian populace and afterwards, 25% of them were killed; nearly two million people in all.

The goal of the American Left is to do the same, which is why (were the 2nd Amendment repealed)
instead of turning in our guns as others have done, we will aim our guns AT THEM.  We will not meekly suffer the same horrific fate as those many tens of millions of helpless victims in Cambodia, Nazi Germany, Cuba,Russia, China and elsewhere. Here, the leftists will be annihilated, not us.
Posted by Brock Townsend at Thursday, March 29, 2018