The bloodbath in Syria was ignited in 2011 by the US, Saudi Arabia and their allies 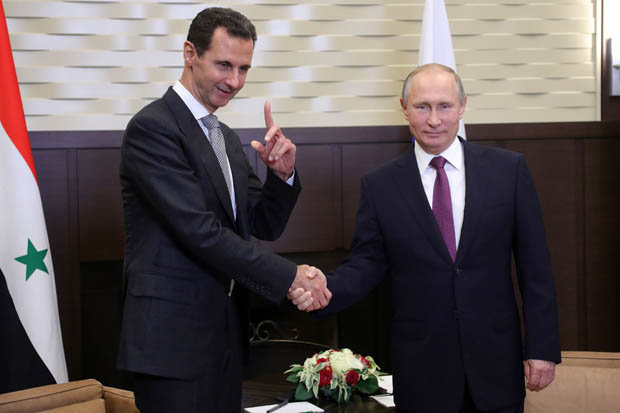 Much of our information on Syria comes from ‘false flag’ outfits set up by western intelligence like the ‘White Helmets’ and ‘Syrian Observatory,’  Britain’s once independent BBC, now a major organ for government information warfare, and the majority of US government ‘guided’ mainstream media hankering for a Mideast war.


Behind President Donald Trump’s bluster and threats over Syria, powerful forces are pushing the US towards war with Russia and Syria: the neocons and the military industrial complex.

For a candidate who once proposed a normal relationship with Russia, just peace in the Mideast, and an end to America’s foreign wars Donald Trump is now hurtling towards a full-scale war with Russia and a new disaster in the Mideast.  Not since the 1962 Cuban missile crisis has the danger of nuclear war seemed to close.

While Trump fulminates about the alleged use of toxic gas in Syria, US B-1 and B-52 heavy bombers are flattening villages in Afghanistan, Iraq, Somalia, Syria and Yemen.