Time Forced to Issue Correction: ‘The Girl Was Not Carried Away Screaming’ 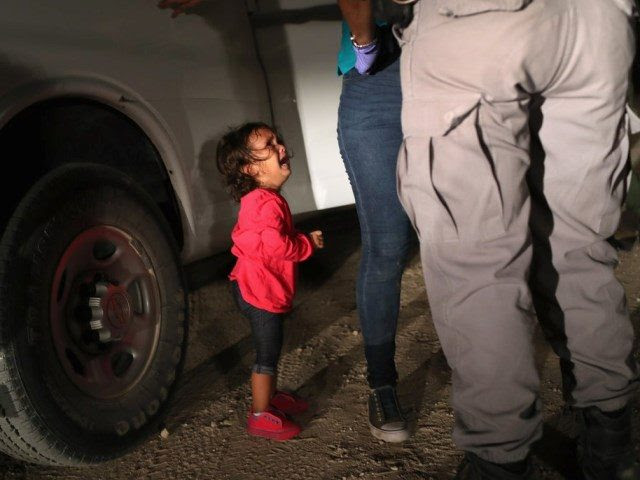 Time magazine issued a correction Friday to an article about the iconic photograph of a two-year-old Honduran girl crying as U.S. Border Patrol searched her mother at the U.S.-Mexico border earlier this month.

The media claimed that the mother and child were separated after crossing the border illegally, under President Donald Trump’s “zero tolerance” policy. However, it emerged on Thursday that the two were never separated at all and are still together.

In addition, the mother had left Honduras without informing her husband. She had also been deported from the U.S. in 2013. And her motives for migrating appeared to be economic, not for reasons that would qualify her for asylum.