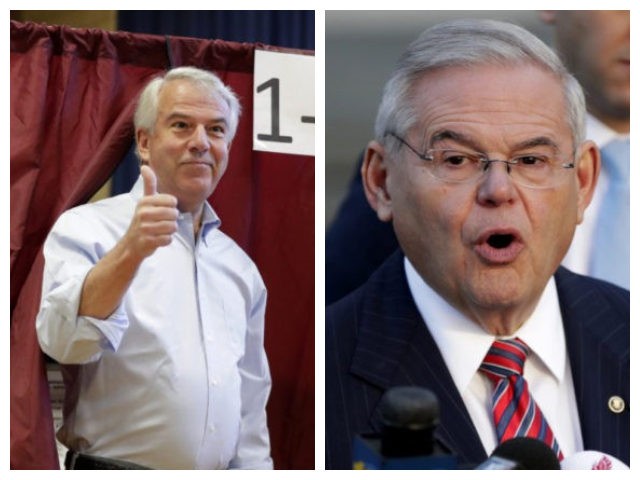 New Jersey’s senior Democrat Sen. Bob Menendez is seriously struggling in his re-election bid, as Republican Bob Hugin has pulled into a statistical tie with him this year, months ahead of the November election, a new survey conducted by Gravis Marketing and provided exclusively to Breitbart News shows.

Menendez, at 43 percent, only leads Hugin, at 41 percent, by two percentage points–inside the poll’s 4.1 percent margin of error. An unusually high 16 percent are undecided in the Senate race, meaning Hugin has a major opportunity to convince those voters to come his way should he be able to effectively get out his message. It also means Menendez has a lot of work to do between now and November to convince voters in New Jersey he is not corrupt, as they now overwhelmingly believe.
A majority of voters–56 percent in total, split 28 percent apiece–say Menendez’s corruption trial is either somewhat or heavily impacting their voting decision.
More @ Breitbart
Posted by Brock Townsend at Monday, July 16, 2018