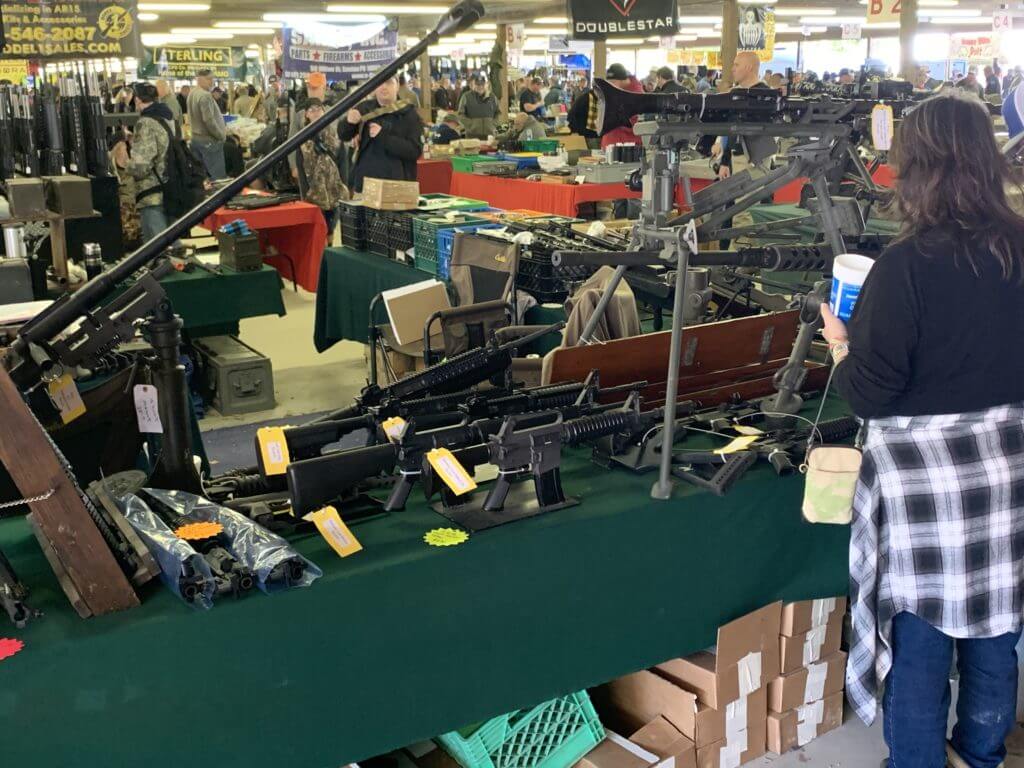 I’m reasonably certain that most, if not all, of you reading this have heard about the Knob Creek Machine Gun Shoot. In case there’s someone out there who hasn’t, the Knob Creek Machine Gun Shoot is the world’s largest gathering of civilian-owned automatic weapons. It’s held twice a year, a short distance away from Elizabethtown, KY and Fort Knox (yes, the Fort Knox). The weapons up on the firing line range from WWI era Maxims to modern M134 miniguns and everything in between.

And they’re shooting at junk cars and other targets loaded with Tannerite. They even have a rental range where you can shoot some different weapons, though I’m not going to say that it’s inexpensive.

There are usually a couple of UH-1 “Huey” helicopters flying around, and occasionally they’ll do gun runs with the gunship model. There are plenty of YouTube videos if you’re curious as to what it’s all about if you’re not close enough to stop in and check it out. It’s a pretty neat experience, to say the least.