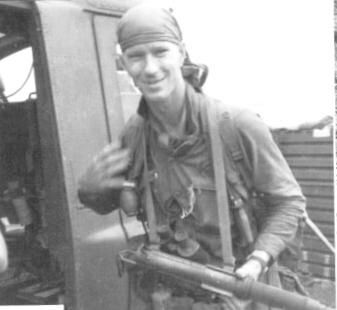 "No one else could engage the machinegun that trapped Shriver's men -- it was up to Mad Dog. Skittish Yards looked to Shriver and his half-grin restored a sense of confidence. Then they were on their feet, charging -- Shriver was his old self, running to the sound of guns, a True Believer Yard on either side, all of them dashing through the flying bullets, into the treeline, into the very guts of Mad Dog's great nemesis, COSVN. And Mad Dog Shriver was never seen again."

'A most unforgettable character

Ultimately he received 26 decorations including 2 Silver Stars, the Soldiers Medal, 7 Bronze Stars, Purple Heart, Air Medal, and 3 Army Commendation Medals for Valor. While listed as MIA he was promoted to E-8.