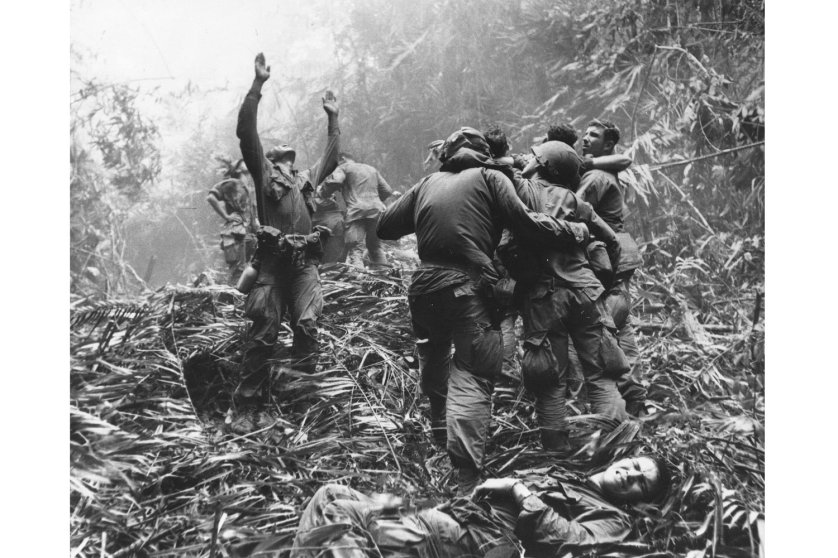 In April 1968, Associated Press photographer Art Greenspon took a photograph widely considered to be one of the most telling photos of the Vietnam War now titled “Help From Above.”

Embedded with the soldiers of Co. A, 2nd Battalion, 327th Infantry Regiment, 101st Airborne Division, Greenspon caught the moment after an ambush where soldiers from the company moved casualties to a landing zone to be evacuated. Among other honors, the image inspired the poster for the Vietnam War movie ‘Platoon’ and graces the covers books and front pages of newspapers. For 49 years, few have known the stories of the soldiers whom Greenspon photographed that day, or their fates.

“Early that morning, Co. A moved forward on a search and destroy operation,” said retired Col. Tom Sewell, who was a first lieutenant and platoon leader in Co. A at the time. “As we were moving forward, the platoon behind us made contact with the enemy; we held our position in order to care for the other platoon. In the process, we set up an LZ and began withdrawing the injured.”
More @ Mount Juliet News
Posted by Brock Townsend at Friday, January 10, 2020