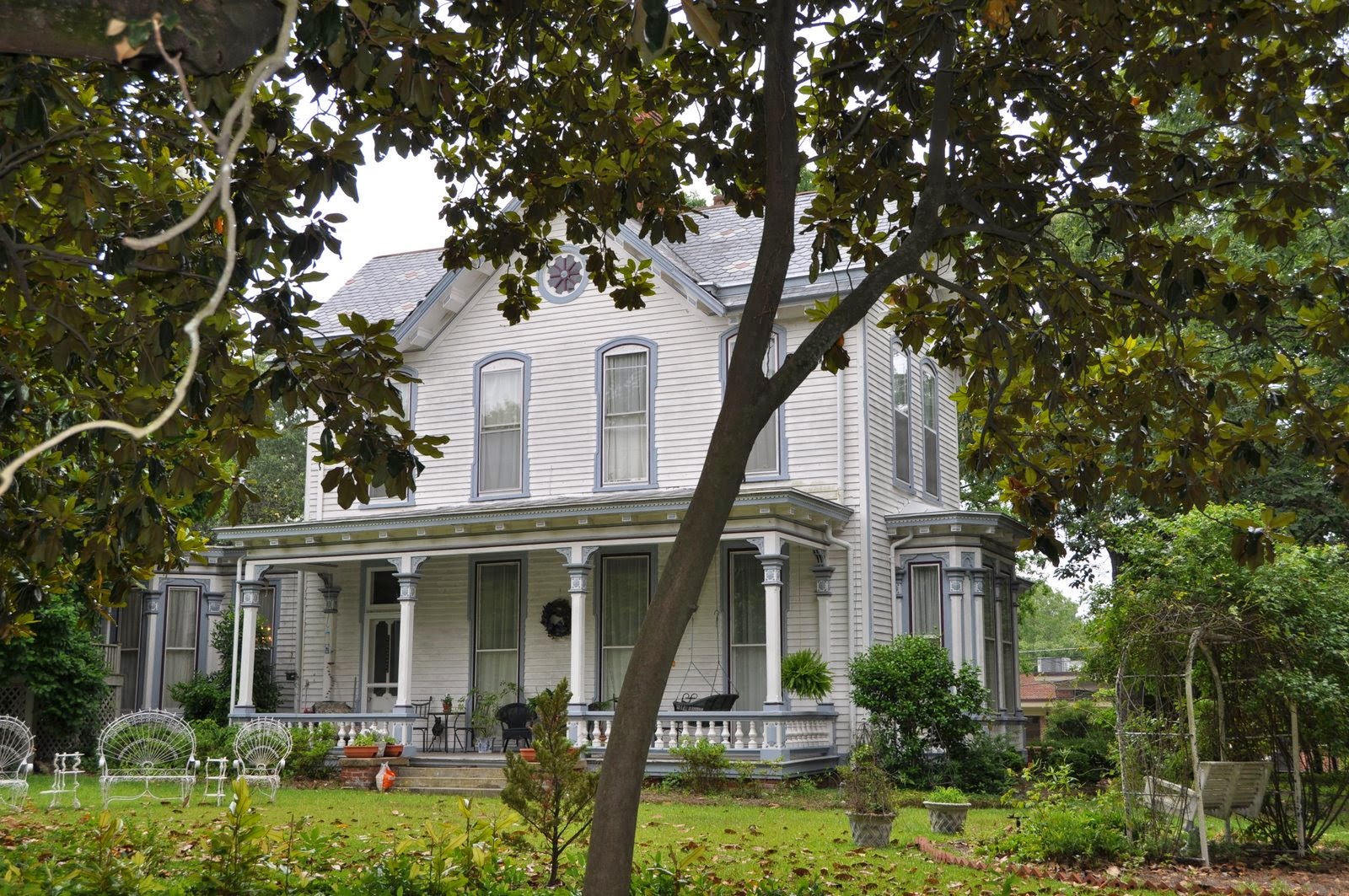 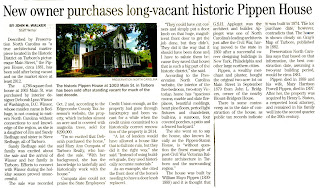 3. 1877. "In the meantime the fact that the Negroes constituted such a great majority gave indications that radical domination might continue. Especially this was true in regard to town administration. This field of activity offered a greater opportunity in exercising tact and ingenuity than that of county or state politics. To meet this political emergency arose William Mayo Pippen.( my great grandfather)  He traveled to New York City after the War in his Confederate uniform as that was all he possessed, asked a friend of his father's if he would lend him money to start a mercantile shop in Tarboro, which he did, and was so successful that he built the *William Mayo Pippen House beside the library  in 1870 while acquiring numerous other lots.) He conceived a plan by which the whites could control town affairs in Tarboro.

The old citizens will recall that prior to1875, there were no wards or districts in the town of Tarboro; in fact, no such provision had been anticipated in the town charter. (1760) A census of the city showed that the Negroes had the majority and invariably elected all three commissioners. Mr.Pippen appeared before the State Legislature and succeeded in having the charter amended, dividing the town into three wards. The first and second wards contained the majority of whites in the central part of town, while the third ward included the suburbs, where the Negroes lived. This placed the Negroes in a position to carry only one ward, and the whites the remaining two wards, and Negro domination collapsed."
Posted by Brock Townsend at Friday, January 10, 2020