A TALE OF TWO CITIES–COEUR D’ALENE, ID VS SEATTLE WA. 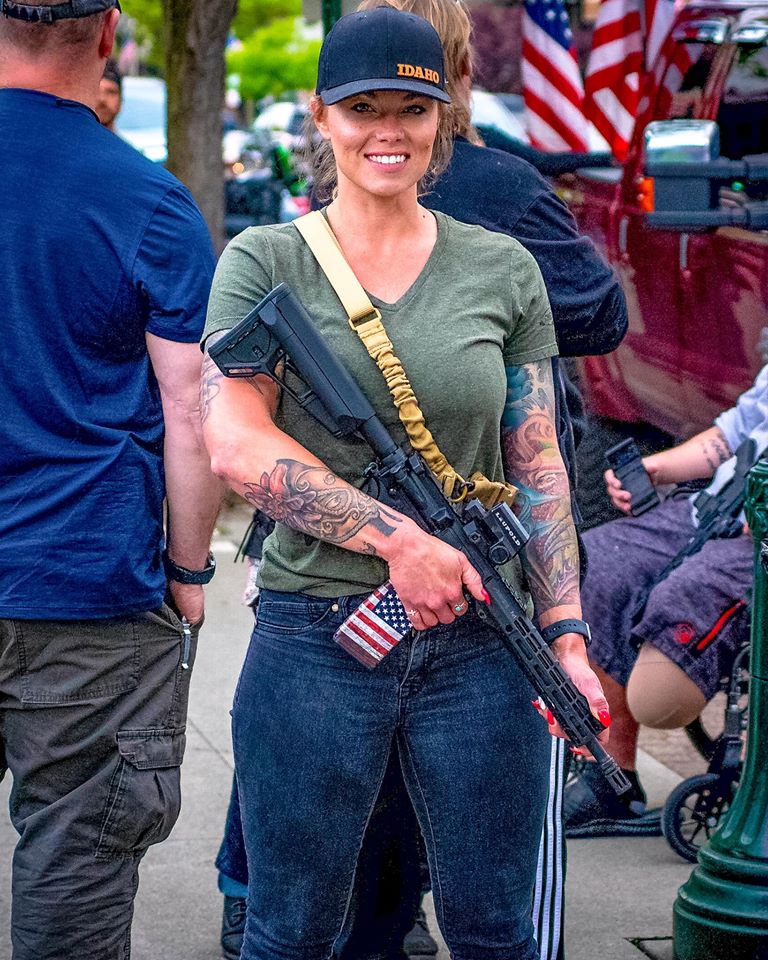 It's been two weeks since the good folks of Coeur d'Alene, Idaho came out to protect their local downtown district against any possible ANTIFA antics.  In these past days I have had a chance to talk to some people, locals and visitors alike about their reaction to seeing SO MANY PEOPLE on a 6 block strip, all armed.  And I don't mean, concealed, I mean, right out there in your face, big guns...Ak's, AR's, 12 gauge shotguns, hand guns of every sort,  and most people didn't just have one gun, they had several.  There were moms, dads, college students, army vets, bikers, grandmas and grandpas and a variety of good ole boys.  The main street was was bumper to bumper with jacked up trucks with heavily armed people riding in the bed, American flags flyings from their tailgates, minivans, hybrid cars, old junkers and sparkling fancy cars, the scene almost rivaled our famous Car d'Alene event.  It really was something that none of us in this quaint little tourist town had ever experienced!  I for one was so proud of our town that it actually brought tears to my eyes.  And when my sons informed me that they were going downtown to help, I felt a twinge of anxiety mixed with extreme pride that they wanted to be apart of this, to protect the community where they were born and raised. To be clear, my sons are not members of the redneck, good boy club that so many in the media are insisting the majority of our residents are; one is finishing college in Aerospace Engineering and the other a suit & tie wearing executive...so there was all walks of life there.

The really interesting thing about that night is the town was FULL of tourists.  Coeur d'Alene is a tourist town and since Idaho opened May 1st and many other  places were still in a contrived pandemic, HOSTAGE situation, by June 1st we were pretty full or folks looking for, some, "normal."  Not sure this is what they expected.