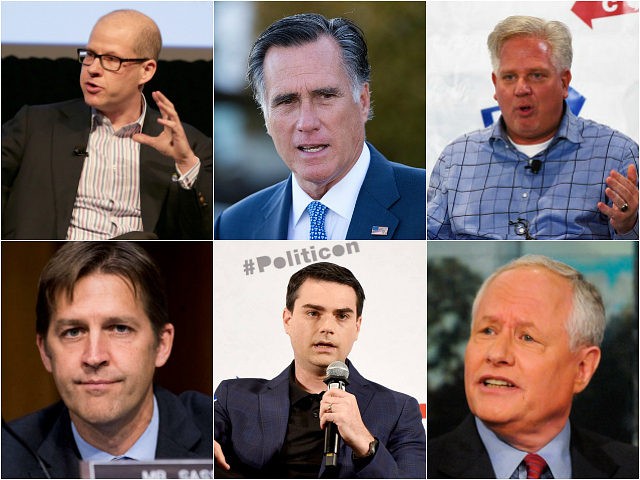 Many conservative sites are warning of disaster for the GOP in the 2020 elections—and they are blaming Donald Trump. Well, to be fair, in a way they’re right. Prior to Trump, conservatives had no other option but to vote Republican or stay home. And given the fact that even as the “lesser of two evils,” the Republican candidate had to be better than his or her Democratic opponent, this was the ongoing situation despite the fact that most elected Republicans were as useful as balls on a cow in stemming the Democrat rush to the left. During Obama’s illegitimate reign they played lap-dog and lickspittle to all of his communist trash even allowing “Chief Judas” Roberts to find Obamacare constitutional by ruling it a tax when in fact, taxes can only be levied by the House! Yet, for all of the Republican party’s failure to stop the leftward drive of the country, Republicans were still elected simply because there was no alternative—until Donald Trump!

With the election of someone outside of the control of the Deep State, congressional Republicans—in fact all Republicans—found themselves in a real quandary. They had won “big time!” They had prevailed against the entire Deep State, the Media, the Clintons, the Obamas and the alphabet bureaucracy only to find that the safe good old days of being the “loyal opposition” to the Democrat Left was no longer available to them! What to do?! What to do?! Why become “Never Trumpers,” of course! And that is what they did—and that’s why they’re in trouble!

American conservatives have determined that voting for the GOP is not going to end the steady leftward march of the nation and so they’re not going to put these people back in office—and that is a disaster for the Republican Party! True, if conservatives stay home or only vote for Trump and those who have supported him, more Democrats will be elected. But what difference does it make if the Democrats prevail with or without the Republicans? It is akin to that old Spanish proverb, “Whether the rock hits the pitcher or the pitcher hits the rock, it’s the worse for the pitcher.”

Are there any Republicans at least in the federal government who support Donald Trump? Yes, but very few. Apparently, Marco Rubio, once considered a “safe” conservative, voted against Trump’s efforts to build the wall. Shame on you, sir! Rand Paul, a high-profile conservative, has also refused to support the President’s call for a national emergency to fund the wall. Apparently, he doesn’t see one though only the blind and the dead cannot see what this ongoing invasion is doing to the nation. Shame on you sir! It is this sort of behavior that is going to guarantee a victory for the New Communist (aka Democratic) Party for the foreseeable future—or until there no longer is a future.

The majority of ordinary, decent Americans put Donald Trump in office in hopes of stemming the corruption of the Deep State. So far, Mr. Trump has done his best within the limits of his office without any support from the rest of his party and in the face of ongoing massive media
disinformation and government corruption. Meanwhile, he is blamed for everything from terrorist attacks to sunspots while his only defenders are those who voted him into office in the first place.

Will the Democrats win back everything in 2020? Between the current situation and massive voter fraud, it is more than possible. However, Donald Trump won’t be to blame if they do. It will simply be that the election of Mr. Trump was too little, too late to save this nation.
Posted by Brock Townsend at Tuesday, June 30, 2020