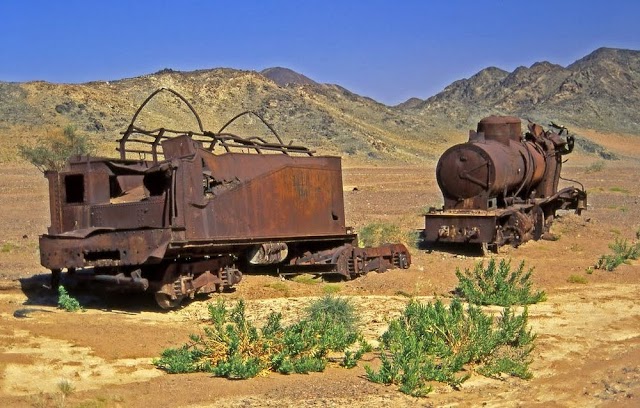 The Hejaz railway that ran from Damascus to Medina, through the Hejaz region of Saudi Arabia, was one of the principal railroads of the Ottoman Turkish Empire and a vital route across the desert. The railway was built in 1900 at the behest of the Ottoman Sultan Abdul Hamid II and was supposed to extend all the way to Mecca in order to facilitate pilgrimage to the Holy city. But its primary motive was to strengthen the empire’s control over the most distant provinces of the empire.

The railway reached only as far as Medina, some 400 kilometers short of its destination, when the First World War broke out and all construction works came to a grinding halt. When the Arabs, led by the strategic British officer T.E. Lawrence, better known as the Lawrence of Arabia, rose up in revolt against Turkish domination, the railway became the principal target. Today, large sections of the railway lie abandoned in the desert with tracks swallowed up by the sand, and carriages and engines toppled over and overgrown with shrubs.

More with many pictures @ Amusing Planet