Jeff Sessions on gun control: There is no "surge in violent crime in America" 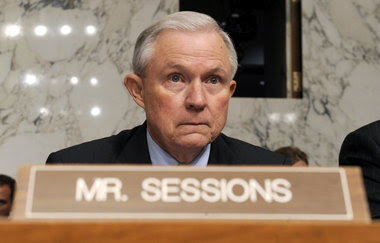 But he said there was no uptick in violent crime in America.

“The murder rate in America today is half what it was in 1993,” said Sessions, R-Mobile, during the Judiciary Committee hearing. “We have made progress on that. And we can continue to drive those numbers down. It’s not as if we have an unusual surge in violent crime in America.”

He did say that “straw purchases are a problem." Sessions, drawing on his experience as a former federal prosecutor, also argued that federal prosecutions for violent gun-related crimes could lead to longer sentences without parole, which could deter crime.

But Sessions pointed to the White House. “Those prosecutions have declined, unfortunately, substantially, under President Obama’s presidency.”