The problem on page 13: All semi-autos are outlawed, not just some. 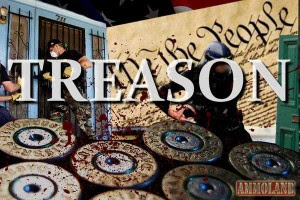 Pro-rights and anti-rights attention has been focused on the tremendous list of guns that would be banned under Feinstein's bill, which takes up a significant portion of the 122 pages of this proposal.
Here's the problem none of the "news" reports have spotted:
According to the bill, any semiautomatic firearm that uses a magazine -- handgun, rifle or shotgun -- equipped with a "pistol grip," would be banned. That sounds like a limitation, but it is not.

A pistol grip (on page 2)  is defined (on page 13) as "a grip, a thumb-hole stock, or any other characteristic that can function as a grip." In other words, the gun list does not matter. It is a smokescreen designed to distract people from the true meaning of the bill. And it has done a magnificent job. It worked!

Any semi-automatic firearm that exists, with anything on it you can grip, is banned. (There is a grandfather clause for old stuff.)

The list is meaningless tripe. It is camouflage for the real purpose of the bill. When the president said he is not going to take away your guns, well, Feinstein's bill puts the lie to that.