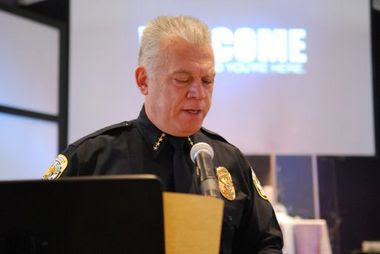 Even though shootings and other violence in schools seem to be grabbing more headlines these days, violent crime in schools is actually down nationally, Hoover police Chief Nick Derzis said in a speech to Hoover city leaders today.

Derzis, in a speech at the Hoover City Leaders Breakfast put on by the Hoover Parent Teacher Council, cited national statistics that showed a dramatic drop in the violent victimization of kids in schools since the early 1990s.

He gave statistics in his speech and later corrected them, saying there was a 74 percent decrease in the violent victimization of kids ages 12-18 in schools from 1992 to 2010. School-related thefts declined 82 percent in the same time period, according to the survey, conducted by the U.S. Department of Justice.