Brewer: Release of Hundreds of Illegals Ahead of Cuts 'Height of Absurdity' 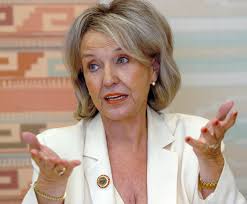 Arizona officials — from the statehouse to Capitol Hill — were outraged on Tuesday at the Obama administration’s release of hundreds of illegal immigrants held in local jails to save money as huge budget cuts loom.

“I’m appalled to learn the U.S. Department of Homeland Security has begun to release hundreds of illegal aliens from custody, the first of potentially thousands to soon be freed under the guise of federal budget cuts,” said Arizona Gov. Jan Brewer, who has long battled the White House on immigration matters. “This is pure political posturing and the height of absurdity, given that the releases are being granted before the federal sequestration cuts have even gone into effect.”

In Pinal County, about 70 miles north of the U.S.-Mexico border, Sheriff Paul Babeau told Newsmax that the release of hundreds of detainees over the weekend was “outrageous and unacceptable because there’s a direct and immediate impact to public safety of families in my county.”

“These are criminal illegals,” Babeau said. “They were headed for deportation — but now, they have received a budget pardon.”