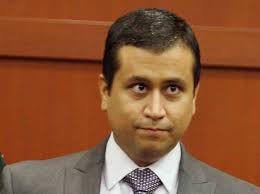 Famed defense lawyer Alan Dershowitz has launched a new attack on the prosecutor trying George Zimmerman for the murder of Trayvon Martin.

Florida State Attorney Angela Cory “has a reputation for always overcharging and then trying to reduce the charges as part of a plea bargain,’’ Dershowitz told Steve Malzberg on Newsmax TV’s “The Steve Malzberg Show.’

“She doesn’t want the case to go to trial if it’s at all possible to avoid so her tactic is to overcharge and essentially extort the defendant into pleading to a lesser defense.’’

His incendiary remarks come on the first anniversary of the death of 17-year-old Martin, who was shot by Zimmerman, a volunteer neighborhood watch captain, as he walked to a home he was visiting in Sanford.

Zimmerman, who was legally licensed to carry a gun, got into a fight with Martin and under the state’s Stand Your Ground law may have justification for the use of lethal force if he felt his life was in jeopardy.

Dershowitz enraged Cory last summer when he criticized her prosecution tactics, so much so that she called the Dean of Harvard Law School, where he teaches, to complain and reportedly threatened to sue for libel.

But the threat has not stopped Dershowitz from expressing his opinion about her.