The Communists and Rosa Parks 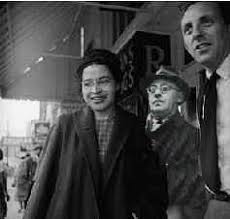 That's definitely Alinsky in the middle, but he may have been inserted. 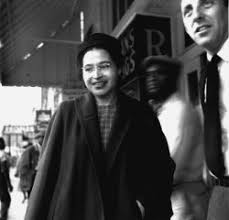 A nine-foot bronze statue of the civil rights icon and Alabama native, Rosa Parks was unveiled in the
U.S. Capitol building yesterday. President Obama spoke at the dedication ceremony rightly asserting that Parks' activism began long before she was arrested for refusing to give up her seat on the bus to a white man in 1955.

In fact, according to Professor Robin D.G. Kelley, who has written on the Communist Party's involvement in the early days of the civil rights movement in Alabama, Parks and her husband were regular attendees at communist meetings in the 1930's.