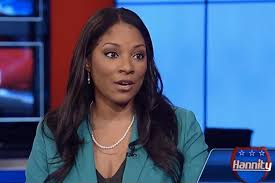 Appearing on Fox News Tuesday night, Democratic Strategist Zerlina Maxwell argued that preventing rape should start by simply “telling men not to rape women.” She was arguing against women using guns as a means of self-defense when she made the questionable remarks.
Host Sean Hannity began by slamming the “ignorant politicians” in Colorado for trying to remove a woman’s right to use a firearm to defend herself against an attacker via gun control legislation.
“I don’t think that we should be telling women anything,” Maxwell said. “I think we should be telling men not to rape women and start the conversation there.”
“Criminals are not going to listen to that,” Hannity interjected.
“You are talking about it as if there is some faceless, nameless criminal, when a lot of times it is someone that you know and trust,” Maxwell replied.
Hannity pointed out that “evil exists in the world” and women need to know that these situations unfortunately occur.
“We can prevent rape by telling men not to commit it,” Maxwell said, repeating the same bizarre claim.
More @ The Blaze
Posted by Brock Townsend at Saturday, March 09, 2013