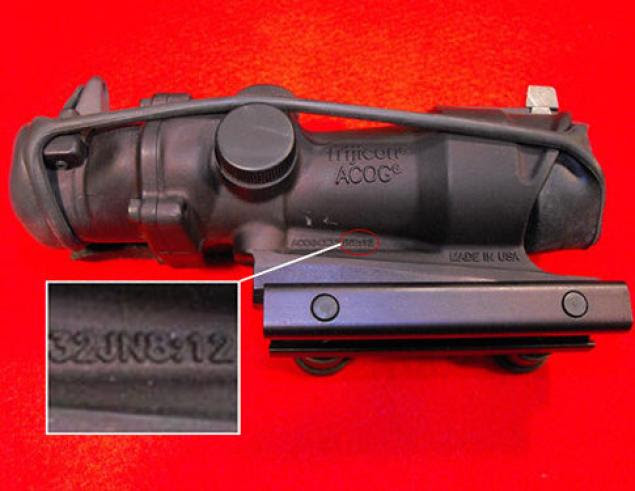 The U.S. Army is directing troops to remove a Bible inscription that a vendor etched into the serial numbers of weapon scopes, Fox News has learned.

Soldiers at Fort Wainwright in Alaska told Fox News they received a directive to turn in their scopes so the Bible references could be removed.

The scopes were made by Trijicon and referenced New Testament passages in John 8:12 and Second Corinthians 4:6. The verses appeared at the end of the scope serial numbers – “JN8:12” and “2COR4:6.”

“The biblical verse (JN8:12) must be removed utilizing a Dremel type tool and then painted black,” read instructions on how to remedy the matter.

After the letters and numbers were scrapped off, soldiers were directed to use apply black paint to ensure the verses were totally covered.

“The vendor etched those inscriptions on scopes without the Army’s approval,” Army spokesman Matthew Bourke told Fox in a written statement. “Consequently, the modified scopes did not meet the requirement under which the contract was executed.”

Bourke said the vendor agreed to remove all Bible references on future deliveries.

“Some of these scopes had already been fielded,” Bourke explained. “Corrective measures were taken to remove inscriptions during the RESET/PRESET process in order to avoid a disruption in combat operations.”

A similar issue came to light during a 2010 investigation by ABC News. At the time the Army and Marine Corps said they were unaware of the biblical markings.