Here Come the First of the Executive Actions on Guns 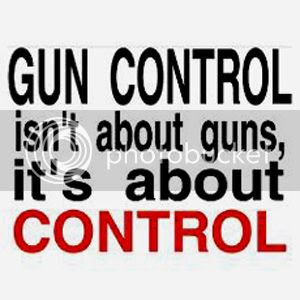 Just as I warned SurvivalBlog readers, it appears that the BHO Administration is taking executive action on firearms importation. Take a few minutes to read this: After Senate setback, Obama quietly moving forward with gun regulation. Here is the key portion of the article:


"The Importation of Defense Articles and Defense Services -- U.S. Munitions Import List references executive orders, amends ATF regulations and clarifies Attorney General authority “to designate defense articles and defense services as part of the statutory USML for purposes of permanent import controls,” among other clauses specified in heavy legalese requiring commensurate analysis to identify just what the administration’s intentions are. Among the speculations of what this could enable are concerns that importing and International Traffic in Arms Regulations [ITAR] may go forward to reflect key elements within the United Nations Arms Trade Treaty." [Emphasis added.]


Depending on how it is implemented, the implications of this change could be huge. With the stroke a of a pen and without the consent of Congress, ATF bureaucrats could make ANY gun part or accessory (including magazines) or ammunition that were originally manufactured or perhaps even those designed for military use no longer legal for importation for civilian use. That might mean no more milsurp parts sets. No more milsurp magazines. No more milsurp ammo. No more milsurp optics. Perhaps not even spare firing pins. This could be ugly.

I strongly recommend that you stock up on magazines, ammunition and spare parts for any of your imported military pattern guns, as soon as possible! Once an import ban is implemented, prices will skyrocket. Importation of Chinese military guns and ammunition was banned during the Clinton Administration, but importers quickly worked around that, by tapping other sources. But imagine if all of the channels for military surplus are cut off. That mean no more spam cans of any of the Russian calibers, no more battle packs of .223 or .308, and no more affordable AK, HK, FAL, Galil, or SIG magazines.