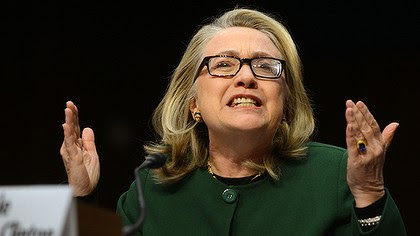 Speaker John Boehner (R-Ohio) on Tuesday unveiled a report on last's year attack on the U.S. Consulate in Benghazi, Libya, that blames then-Secretary of State Hillary Clinton for lapses in security.
The 46-page report by the five committees of jurisdiction concludes that reductions in security levels prior to the attack that killed Ambassador Christopher Stevens and three other Americans were approved at the highest levels of the State Department, including by Clinton herself.

The report also concludes that talking points from the intelligence community were altered to protect the State Department from criticism of inadequate security levels.