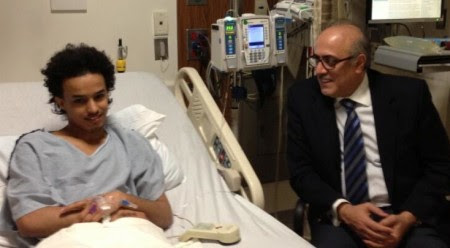 The Saudi man initially identified by law enforcement as a “person of interest” in the Boston Marathon bombing remains a concern of four members of the House Committee on Homeland Security who have asked DHS Secretary Janet Napolitano for classified briefings on his case along with an overview of relevant records.

A spokesman for Rep. Jeff Duncan, R-S.C., told WND the committee has not received a response from Napolitano to a letter issued Friday that he signed along with Reps. Michael McCaul, R-Texas, the committee chairman; Peter King, R-N.Y.; and Candice Miller, R-Mich.

Spokesman Allen Klump noted that on the day of the twin bombings in Boston that killed three people and injured more than 200, law enforcement officials said that Abdul Rahman Ali Alharbi, who was hospitalized with injuries resulting from the blast, was a person of interest.

Within 48 hours, however, after raiding the Saudi citizen’s apartment and hauling out computers and email records, Alharbi was being described by authorities only as a “witness."