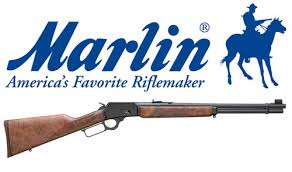 A half-dozen workers were in otherwise empty offices Friday at The Marlin Firearms Co. as the company wound down 141 years of manufacturing in Connecticut.

A security phone at the visitor's gate was unattended next to a large barren parking lot off Bailey Road near I-91. A reception room that resembles a ski lodge, complete with a fireplace, was dark. The few people left working Friday declined to comment, but one employee said there were six people inside and that Friday was their last day of work.

Marlin was acquired in 2008 by Remington Arms Co. Inc., which is a subsidiary of Freedom Group Co. of Madison, N.C. Three years ago, Marlin employed 345 people at its headquarters in North Haven and 225 in Gardner, Mass., at the former Harrington and Richardson plant that Marlin had acquired.

"I think it's a huge loss," said Larry Lazaroff, co-owner of Arnold's Jewelers, a longtime local business in the North Haven Shopping Center.

He cited Pratt & Whitney closing its North Haven plant in 1993, saying that the loss of any major employer reduces the customer base for local businesses.

Remington said in March 2010 that it would close the North Haven Marlin plant, which had 265 employees at that point. The company has been at its 225,000-square-foot facility on a 23-acre site in North Haven since 1968. Before that, it was on Willow Street in New Haven.

Marlin was founded when John M. Marlin left Colt in 1870 and started manufacturing his own line of revolvers and derringers. In 1924, Frank Kenna, an attorney, bought the company at auction and the Kenna family owned Marlin until its sale to Remington.

Marlin was the rifle of choice for famous sharpshooter Annie Oakley, who was in William "Buffalo Bill" Cody's circus.