Stop the Federal Power Grab of Our Elections 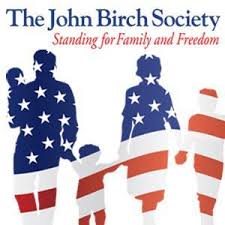 No fewer than five bills to increase federal control over American elections have been filed in the 113th Congress. The Obama administration has appointed a bipartisan presidential commission supposedly for the purpose of streamlining election procedures and reducing the long lines. However, even a cursory review of the bills already proposed reveals that passage of these bills would enable an unconstitutional federal power grab over American elections accompanied by drastic reductions in the safeguards against electoral fraud that remain in at least some of the states.

The bills submitted so far are:
For detailed information on these bills, read "Is America in Danger of a Federal Takeover of Our Elections?"

The Founding Fathers of our republic knew how dangerous to freedom centralized control over elections would be. But they also feared opponents of the proposed U.S. Constitution might try to undermine the new form of government by failing to call elections. That’s why they put a provision in Article I, Section 4 saying Congress may alter the states’ voting laws. The purpose of this grant of power was explained in Federalist Paper #59 as only to be used to address specific extraordinary situations and would be temporary. Further confirmation of this explanation can be inferred by its placement in Article I, Section 4 and using the word “may.” The ongoing permanent powers for Congress are granted in Article I, Section 8 using the word “shall” in listing those powers under the phrase “Congress shall have the Power To.”

History has proved the dangers of centralized control over a country’s elections. Witness those of modern-day, third world dictatorships or those of an earlier day in Nazi Germany and the Soviet Union. United States Ambassador Arthur Bliss Lane documented the fraud in the Polish election in 1947 where he quoted reliable estimates that 60 percent of the Polish voters voted for the Polish Peasant Party and its freedom agenda, but that the Stalin-controlled, centralized elections bureaucrats counted the votes behind closed doors and declared the Communists the winners.

We urge contact with members of Congress to alert them of this danger and ask them to pledge to block the dangerous centralized control over our elections that would be enabled by the five bills mentioned above. The ability for us to cast our ballots in free and unfettered elections is at stake.

Click here to send a message to your representative and senators to alert them to this danger and to request that they block this legislation.

Your Friends at The John Birch Society

(Click here to view this legislative email alert as an article on JBS.or
Posted by Brock Townsend at Tuesday, April 02, 2013