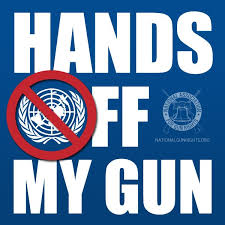 The United Nations General Assembly on Tuesday signed off on a sweeping, first-of-its-kind treaty to regulate the international arms trade, brushing aside worries from U.S. gun rights advocates that the pact could lead to a national firearms registry and disrupt the American gun market.

The long-debated U.N. Arms Trade Treaty (ATT) requires countries to regulate and control the export of weaponry such as battle tanks, combat vehicles and aircraft and attack helicopters, as well as parts and ammunition for such weapons. It also provides that signatories will not violate arms embargoes, international treaties regarding illicit trafficking, or sell weaponry to a countries for genocide, crimes against humanity or other war crimes.

With the Obama administration supporting the final treaty draft, the General Assembly vote was 154 to 3, with 23 abstentions.

American gun rights activists, though, insist the treaty is riddled with loopholes and is unworkable in part because it includes “small arms and light weapons” in its list of weaponry subject to international regulations. They do not trust U.N. assertions that the pact is meant to regulate only cross-border trade and would have no impact on domestic U.S. laws and markets.

Critics of the treaty were heartened by the U.S. Senate’s resistance to ratifying the document, assuming President Obama sent it to the chamber for ratification.