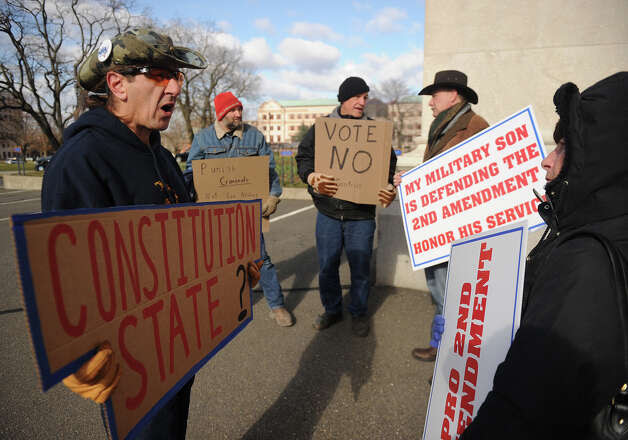 President Barack Obama’s bid to enact even a scaled-back version of his gun-safety agenda needs support from many of the 16 Senate Republicans who showed they’re at least willing to debate it.

He also must hold onto almost all of the 52 Democrats and independents who joined yesterday’s 68-31 vote to advance the measure for debate.

The White House already may be losing Democratic Senator Max Baucus, who voted yes for debate though said in an interview later that he has trouble with the legislation.

“I oppose the bill, I just cannot support it,” said Baucus of Montana, who faces re-election in 2014. “I’m just not going to block debate on it.”

Several Republicans said they voted yes for the same reason -- to allow the measure to advance -- though they probably won’t back it in a final vote.

“It’s a debate we ought to have,” said Republican Senator Johnny Isakson of Georgia. “I don’t think I am going to support the legislation.”

The Senate agreed yesterday to move to debate on the legislation, S. 649, which would expand background checks of gun purchasers, increase funding for school safety and set new penalties for gun trafficking.

The bill, should it clear the Senate, faces an uncertain fate in the House, where Speaker John Boehner, an Ohio Republican, said he won’t make a “blanket” commitment to bring a gun measure to the floor.