"I Pledge Allegiance" - Stories of Valor, Heroism and Patriotism

An anthology of stories and feeling of the members of the Wednesday Warrior Writers (WWW) in honor of the heroes and Patriots of the United States of America. 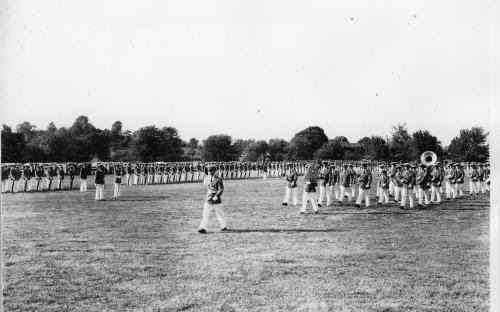 5 of the fifty stories are about graduates of my military school and the odds of that occurring must be astronomical. One of them below re-posted. 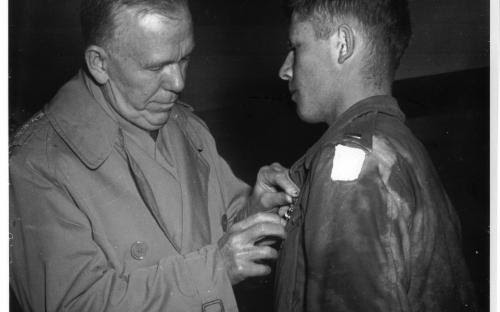 Enlarged
A Greenbrier Military School graduate and son of Colonel Moore of the school's administration. He was a fighter pilot and killed afterwards. Evidently no time to change into a non-sweat/dirt stained uniform. I assume his unit's patch was blanked out due to security. This must have been before December 16 as Marshall was made a 5 star then and for some strange reason, I cannot bring up this award date as I have done previously. Also, as I remember, this was a Silver Star, but no record also and I can't for the life of me believe that a 4 star would present anything less than a Silver Star. Whatever, Moore saw his duty and did it until the end.
Posted by Brock Townsend at Friday, April 12, 2013