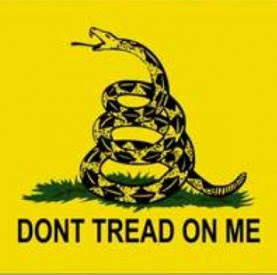 The city of New Rochelle, N.Y., has removed the historic Gadsden “Don’t Tread On Me” flag from a military armory, deeming the flag “too partisan” because it often is used by the tea party movement.

And in response, veterans groups have tapped the Thomas More Law Center to take up the fight.

It was after an official ceremony on March 21 at the New Rochelle Armory that a new American flag was unfurled to replace the previous weathered flag that flew at the location. Beneath the new American flag, the yellow Gadsden Flag was flown, as is common tradition on many military sites.

However, within a week of the ceremony, City Manager Chuck Strome ordered the Gadsden flag be taken down because of “unidentified complaints” that the flag was a symbol of the tea party movement.

Peter Parente, president of the United Veterans Memorial and Patriotic Association of New Rochelle, sent Strome links to the history of the flag so he decided to allow it to remain.

But the city council then stepped in, voting 5-2 to order the flag to be removed.

The five members who voted to uphold its removal were Democrats, while the two voting to reinstate the flag were Republicans.

That same day, the public works department removed the flag.

Now the flag fight is headed to court.

“Their outrageous decision to confiscate a cherished symbol of our War for Independence smacks of pure partisan politics,” Richard Thompson, chief counsel of the Thomas More Law Center, stated.