Not a crime for government employees to target citizens 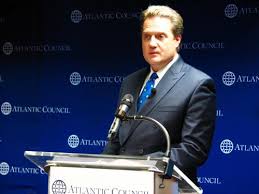 Rep. Michael Turner, R-Ohio, said the IRS hassling and prying into hundreds of conservative organizations applying for tax-exempt status is outrageous but may have actually been legal, so he is introducing legislation to criminalize such activity.

“Unfortunately, it currently isn’t a crime if a political appointee or a faceless bureaucrat gets up as a supervisor and walks over and instructs a bunch of employees to begin targeting the American public. That’s wrong. It should be a crime,” said Turner, who adds this was a crime if the directive to make life miserable for conservative groups came from the White House.

Turner’s legislation, the Taxpayer Nondiscrimination and Protection Act of 2013, would make it a crime for anyone else to do it. The bill calls for five years in prison and a $5,000 fine for anyone found to be targeting organizations as a result of their political ideology.

“By making it a crime, we hope to stop it,” he told WND. “When that supervisor walks in that employee’s office and gives him that direction when they know it’s a crime and that they themselves could go to jail for five years and pay a $5,000 penalty, they’re going to think twice and hopefully stop.”