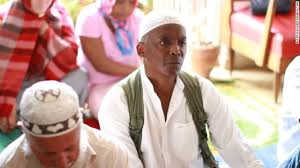 Should William Potts, an American fugitive living in Cuba, ever set foot in the United States again, he faces an indictment for airplane hijacking and a potentially lengthy prison term.


So why is Potts now battling to return to the same country that wants to imprison him?

In 1984, Potts hijacked a Piedmont Airlines passenger plane bound for Miami with 56 people aboard.

A Black Panther and self-styled revolutionary, Potts dreamed of receiving military training in Cuba that he could use to overthrow the United States government.

But first, the New York native had to find a way to get to the island.

Potts' solution was to smuggle a .25-caliber pistol inside a fake cast on his arm.

The handgun set off the metal detectors at Newark Airport, but all Potts had to do was flash his cast and an easy smile to breeze past security.

After the plane took off, Potts went to bathroom, where he ditched the phony cast and put on what he calls his "Black Panther costume" of dark clothes and combat boots. He walked to the back of the airplane with the pistol in hand.