'We have morons running everything. Or traitors' 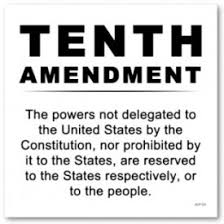 In Washington, Dr. Savage noted, “We have morons running everything. Either that, or they’re traitors. I don’t know which.”

He was disgusted by the Obama administration’s decision to arm Syrian rebels who are allied with al-Qaida – the same terrorists who attacked America on 9/11. Savage called John McCain “a clueless fool” for backing the plan.

Savage looked back at his nearly 20 years on the air, and confessed that he was no longer as idealistic as he had been at the start.

“I thought we could save America from the liberal assault on our borders, language and culture. But our schools, our military and every other institution have been decimated.

“The Obama administration makes Joseph McCarthy look like an angel,” Savage said, “but because of the double standard, because of racial sensitivity, they’re getting away with it.”