"No legal right to defend himself" 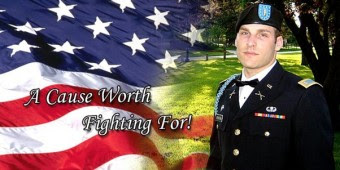 Prosecutors silenced a key witness who would have supported a U.S. soldier’s claim he acted in self-defense in the killing of a terror suspect, but U.S. Supreme Court justices are unwilling to hear an appeal of the case.

The parents of Michael Behenna, who was convicted of killing a known al-Qaida member in 2008, say they will now turn to members of Congress and the White House for help for their son.

Scott and Vicki Behenna, who have established the Defend Michael website, explained to supporters in an email today the U.S. Supreme Court’s denial leaves standing a military court’s decision that their son had no legal right to defend himself from a possibly lethal attack from the terror suspect.