One Way Or Another, A Revolution Is Coming 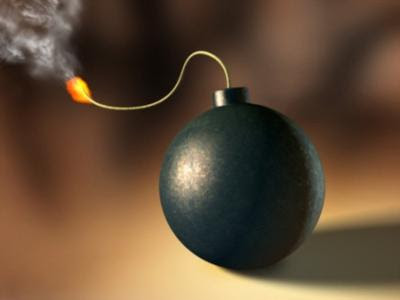 The sordid revelations from the Obama administration are coming at a pace that can only be described as, well, fast and furious. So let’s lay down some markers here, as a sort of road map for the months and years ahead:

First, if the PRISM program and all the rest of the government’s surveillance programs were so good and necessary, then why didn’t the feds catch the Tsarnaev brothers, who earlier this year blew up the Boston Marathon?  Or Major Hassan, the 2009 Fort Hood mass-murderer?  Or the “underwear bomber,” also from 2009, who nearly succeeded in blowing up the passenger jet flying into Detroit?

Second, if and when everything is revealed about PRISM and all the rest, it’s likely that we will learn of important and inculpating connections between the National Security Agency (NSA), on the one hand, and many civilian agencies, on the other.

I am not just referring to Eric Holder’s Justice Department; I am also referring to the gleefully gushing leakers and win-at-any-cost politicos in the White House.  And oh yes, let’s not forget the Obama administration’s partisan allies at the IRS, as well as the Obamacare overseers at the Department of Health and Human Services.

Moreover, since we know that the IRS was eagerly willing to share secret tax information with favored private groups, we shouldn’t be surprised, in the end, to learn that NSA/PRISM material ended up in the hands of Obama friends and allies outside of the government.

Third, we now know that Silicon Valley, and the telecommunications industry, are the key to the Obama strategy for total information awareness.  In fact, the internet companies, and the phone companies, were the spearpoint for PRISM.  No, wait, that’s not the right image.  Let’s try this: These communications companies put peepholes into all of our private lives, through which Uncle Sam could sneak a peek.  Every e-mail, every phone call, every text-message--the government knows about them all.

It’s now evident that all these wonderful digital services--many of them, such as Google’s Gmail, given away for free--were, in fact, a kind of Trojan Horse.  That is, on the outside, it all seemed like a good deal--but then the real truth comes tumbling out, and it’s too late.  Some might recall the rueful lesson of the Trojan War: “Beware of Greeks bearing gifts.” The rueful lesson of our own time: “Beware of geeks bearing gifts.'

Yes, Big Brother walks among us now, peeking and snooping into everything. And we, innocently and unwittingly, invited Big Brother into our midst.