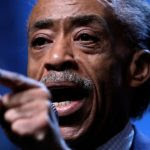 
Al Sharpton’s weighed in on the senseless killing of Australian baseball player Chris Lane. He said there’s no reason for conservatives to be up in arms over the slaying, because “the system worked.”

And besides, there’s nothing to protest since the killing obviously wasn’t racially motivated:

“That doesn’t stop my friends over at Fox and Donald Trump and others saying, ‘Why isn’t Al Sharpton protesting this?’ I protest when I’m called in and when there’s an injustice. The three were arrested, there was nothing to protest, the system worked there. And racial? Not only did the police not say it was racial, one of the three were [sic] white.”

Regarding the skin colors of the thugs, looking at the mug shots gives us a pretty even spectrum of color from dark to light. James Edwards was the darkest, Michael Jones was the lightest, and Chancey Luna was right in the middle. By now, we know that Chancey was certainly of mixed race, since his mom is white, and his dad is black. People are saying (like Al above) that Jones is a white guy. But when you look at his mug shot, he looks like he also is of mixed race. Not that it really makes that much of a difference. Just saying. And if Luna and Jones are both of mixed race, that means that both of them are as black as Obama.