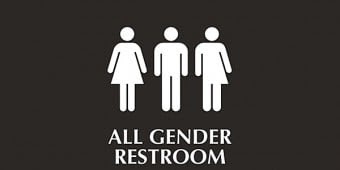 A well-organized coalition of pro-family and civic organizations in Miami-Dade soundly defeated a measure that would have given transsexuals access to public restrooms and locker rooms used by the opposite sex.

The Miami-Dade Commission gave initial approval in May to adding “gender identity and expression” to the county’s anti-discrimination law by an 11-1 vote but the measure stalled after intense lobbying by opponents – led by the local Christian Family Coalition.

Bill sponsors withdrew it on August 14 because they lacked the votes to get it through committee.
The victory in liberal Miami-Dade “is really landmark,” said Christian Family Coalition executive director Anthony Verdugo of the win 36 years after singer Anita Bryant led the successful repeal of Miami-Dade County’s homosexual rights law.

“When we caught wind of it, we had three weeks to organize,” said Verdugo. His team exhaustively researched the issue, developed a communications strategy and filled a hearing room with nearly 300 opponents when the commission took testimony on July 8.