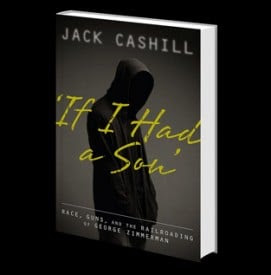 “The drugs, the racial animosity, the violence, the attachment to the hip hop culture – if Trayvon was the son of Barack Obama, they were his brothers,” Cashill commented to WND. “They were on the same track that Travyon was.”

He was referencing Obama’s comment that he made in the Trayvon Martin case, that pushed the conflict into the national political scene. Obama said, “If I had a son, he’d look like Trayvon.”

Cashill has a new book coming out in just a few weeks, Sept. 1, in ebook form, and on Oct. 29 in hardback, “If I Had a Son: Race, Guns, and the Railroading of George Zimmerman,” that covers the Trayvon Martin case and how it escalated racial tensions across America.