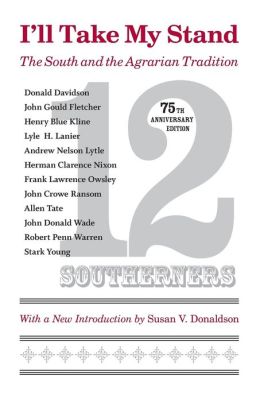 The Radical Republicans greatly harmed the black man who had to live as a neighbor to Southern white people.  In 1930 author Robert Penn Warren argued for “the general and fundamental restoration” of relations between white and black, and that “Inter-racial conferences and the devices of organized philanthropy, [are only palliatives] in comparison with this major concern.” Mutual understanding and respect was needed rather than external meddling.
Bernhard Thuersam, Chairman
North Carolina War Between the States Sesquicentennial Commission
"Unsurpassed Valor, Courage and Devotion to Liberty"
www.ncwbts150.com
"The Official Website of the North Carolina WBTS Sesquicentennial"

“The Reconstruction did little to remedy the Negro’s defects in preparation [as a citizen].  Certainly, he discovered himself as a political power, but he was also to discover that the fruits of his power were plucked by someone else, by the friends who gave him big talk and big promises.  Sometimes he got an office out of it all and smoked big cigars in the chair of a legislature.

The political training which he received, however, was the worst that could possibly been devised to help him; it was training in corruption, oppression, and rancor.

When the earth shook and the fool, or scoundrel, departed after his meat, leaving his bankrupt promises, the Negro was to realize that he had paid a heavy price for the legislative seat and cigar. He had been oppressed for centuries, but the few years in which he was used as an instrument of oppression solved nothing.

Some people in the North thought that the immediate franchise carried with it a magic which would insure its success as a cure-all and fix-all for the Negro’s fate.  [A more] realistic view [was] that the hope and safety of everyone concerned rested in the education of the Negro . . .

The most prominent man in Negro education of the past [has said]: “I am constantly trying to impress upon our students at Tuskegee – and on our people throughout the country, as far as I can reach them with my voice – that any man, regardless of color, will be recognized and rewarded in just proportion as he learns to do something well – learns to do it better than someone else – however humble the thing may be.”

The most urgent need was to make the ordinary Negro into a competent workman or artisan and a decent citizen. Give him whatever degree of education was possible within the resources at hand, but above all give him a vocation.  This remains, it seems, the most urgent need.”