Man in coma after black mob of 50 pummels him 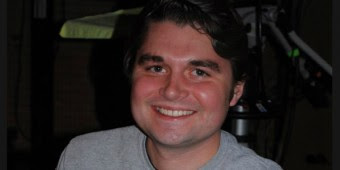 A St. Paul, Minn., man is in a coma today, fighting for his life after a black mob beat him, stripped his clothes off and left him for dead. Even if he recovers, he will have permanent brain damage.

Nothing to fear from a crowd of 50 black people fighting outside a nearby party. So he stopped to check it out. Soon, however, the mob’s attention turned on him.

“The first person who struck him had hit him with a can in a sock,” said one witness in a police report. “The man went down and a ‘whole bunch of little eastside boys’ began to kick the man. She saw them strip him of his pants and go through the pockets.”

When police arrived, the black mob scattered, leaving only Ray behind.

“He had blood coming from his nose and mouth and was unresponsive,” said the police report. “As of August 8th, the prognosis for recovery is slight, and should he live, he will suffer permanent and protracted loss of brain function.”