Respecting All Cultures By Allowing Them to Remain Separate 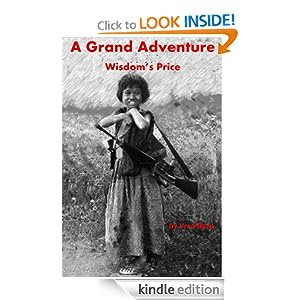 Having said these things, I will of course be said to be a white supremacist and a racist and all the other markers of very dim minds. Hardly. For one thing, culture is not synonymous with race. I am perfectly content to have people of other cultures and races in the schools of my children, provided that they accept my European-American core values. For another, I am not aware that Koreans, Japanese, Chinese, and Vietnamese, whom I very much admire, are white, though perhaps with global warming a hotter sun has bleached them.

Americans have prided themselves on America´s being a melting for so long that few notice that it isn´t. Cultures that could melt did, and those that couldn´t haven´t.

We tend to regard categories such as African-American, European-American, and Mexican-American as political, when in fact they designate unassimilated and perhaps unassimilable cultural entities.

The differences are stark. The United States indeed is multicultural.

Go to a purely European-American community in, say, Idaho or Iowa. You will find clearly defined attitudes toward obedience to the law, the raising of children, toward schooling and acceptable behavior in school, toward democracy, self-reliance, constitutionality, civility, toward law and its enforcement. These qualities are not associated by accident. They closely resemble those found in Denmark and Finland. This is hardly surprising, since European-Americans came from Europe.

Now go to a purely African-American cultural enclave—say, Detroit. Here you will find very different attitudes toward study, behavior in schools, law enforcement, and reliance on governmental charity. Again unsurprisingly, society in Detroit resembles more closely that of Nigeria than of Holland since its people came from Africa and have had no contact with Europe or its values.


More @ Fred On Everything
Posted by Brock Townsend at Monday, August 12, 2013